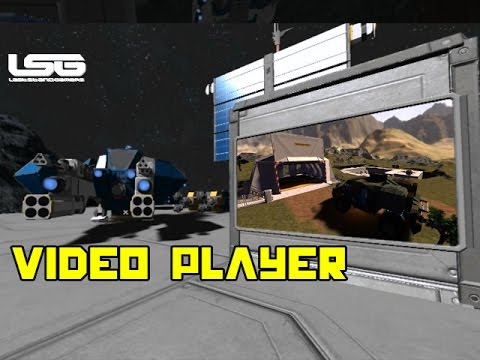 Summary
In this week’s update, we are focusing on fixing various bugs. We are planning to have a more intense bug-fixing period during the upcoming weeks, so you should expect more fixed bugs in the next updates. Additionally, we are adding some more options and possibilities for the scenario creators. Designers are now able to display videos in the scenarios, either at the start or triggered by a condition. They can also add the option to load a map based on a scenario condition (currently available for offline/single player mode missions only). In addition, there is a new option to view the scenario’s progress and inform the player about all the rules set in the current scenario (list of win / lose conditions and basic settings). Moreover, there is a new option to add a player directly into a faction when he spawns in the medical room. When this option is enabled, the player that spawns in the medical room will automatically join the faction that the owner is part of. There is also a new world option for starting in respawn screen. Any player that plays a scenario should start in a spawn screen with listed spawn points. Even if the player plays an offline single player game, he should still start in the respawn screen. Lastly, we have improved the ownership/faction options in the scenario edit mode. When a player creates a faction, it is possible to add a 0 entity that will be added to the faction. He can then assign ownership of blocks to the NPC (the NPCs should be hostile to each other).
Developers’ note: We thought it useful to give you a bit more information regarding the importance of the Scenario Editor, since we’ve noticed that many players are not happy with the additions that have been made lately. As we have already mentioned in a recent blog post, part of our development plan is to add missions into the game. The purpose of the scenario editor is exactly this – to provide all the necessary tools to our Level Designers to create various missions that will be implemented in the vanilla game. If the scenario editor didn’t exist, then we would require occupying programmers for doing that. But now, with the help of the scenario editor, our level designers can easily work on designing missions without the help of any other person in the studio and programmers will have the time to work on other planned features. More dev notes will follow shortly regarding planets and other development plans. Stay tuned!