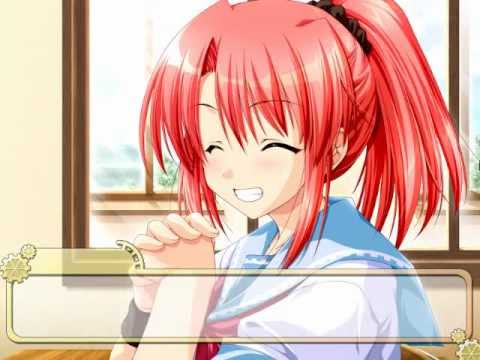 Sharin no Kuni, Himawari no Shoujo is a Japanese visual novel available on the PC and Xbox 360. Its homepage is but at the time of this posting it appears to be down.

The PC version of the game is very difficult to find, but a region-locked Japanese version for the Xbox 360 can be purchased from any major importer. A few examples include:

The English patch (for the PC version, naturally) is available for free. It was translated by TLWiki. Visit for the download.

This playthrough of the game will be aimed at getting Sachi’s ending, both because her arc is first and because I believe her ending to be the most fulfilling. Worry not; I will be very careful to avoid any explicit content.