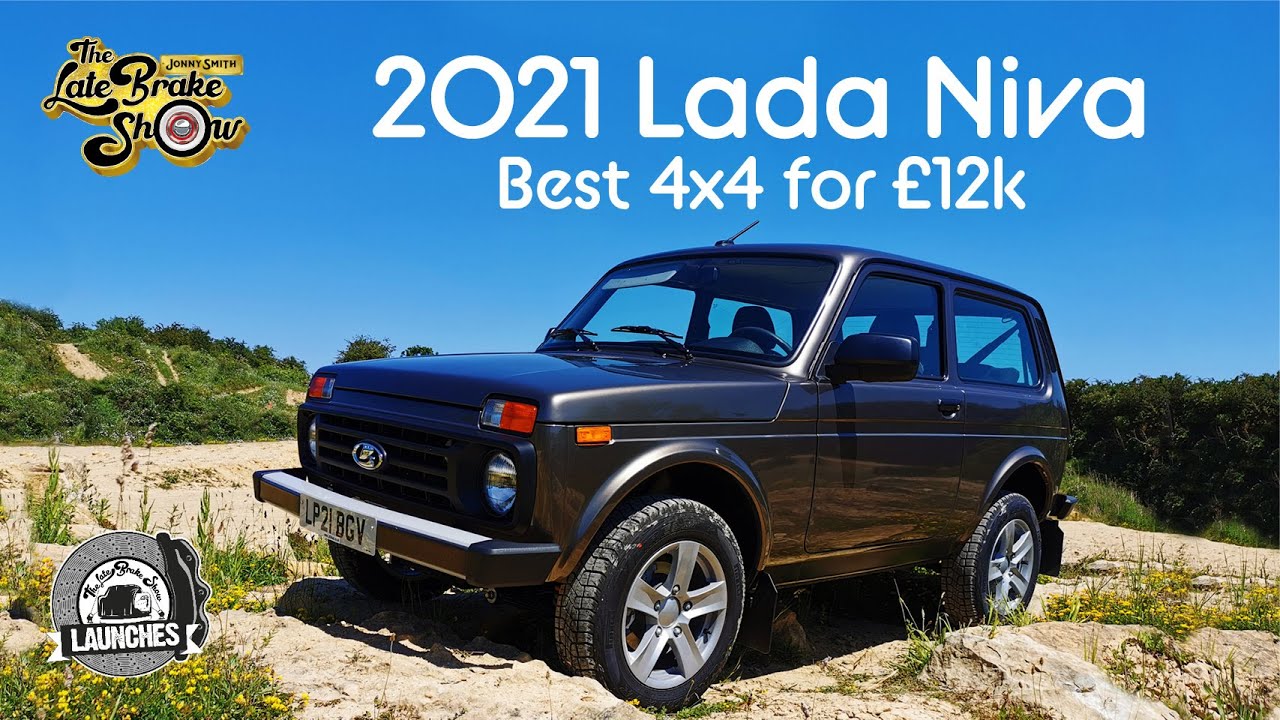 This is the new 2021 Lada Niva Legend 4×4. The same Niva born to the Soviet world in 1977, but slightly different. You still have to use a little key to unlock the doors, and there’s still a gun rack and snow plough on the options list, but now it has a real headlining, extra soundproofing and optional AC. You can also buy it in the UK again, thanks to a small importer in London –

Jonny has always had admiration and respect for this jolly ex-communist cockroach. It has just enough comfort and utilitarian style to feel like one of the late Defenders. Albeit one with healthy turning circle and unquestionable reliability. He knew about the latter from all the stories of when one of these was posted to the Antarctica research station and Everest base camps to live. Nivas are the anti-SUV, and all the more cool for it. Left hand drive only, but they can be bought new from £12k (+vat).

Thanks for stopping by The Late Brake Show.

For more details on these magnificent literal legends head to

Jonny got the exclusive UK test drive of the 2021 model, and enjoyed filming it on and off road during what was Britain’s hottest day of the year thus far. All was going just fine until he encountered what we now know is a fairly unfriendly puddle in the Tixover quarry offroad course. No cones or signs mentioned that what he presumed was a shallow slip way, was in fact a huge step that had claimed the lives of numerous mud pluggers. In fact, it had sunk a Unimog a few weeks previous. A UNIMOG.

The Lada is a strong little thing, but this was an unexpected issue. The poor Lada had just 300km on the clock. Handily no carpets – as all Nivas have hose down rubber floors.
Luckily Niva’s are basically brand new classic cars, so within minutes we had the spark plugs out, spun the engine over to purge any water, then removed and tried the air filter intake system. The Niva started and ran, without a hint of smoke or steam.

Aside from the obvious human error we absolutely loved the Lada experience, like Jonny had 10 years ago when green-laning one across the UK for Fifth Gear. The new Legend Niva was a more refined ride and quieter, but still with pleasingly practical exposed screw heads, easily accessible components and excellent boot space. You can buy it in van, pick up, 4 door LWB or even Putin specs. The most expensive version is called the Bronto, and that features lifted suspension, metallic paint (camo is optional) and more tasteful alloys. Or you can keep it Eastern European, with steel wheels, flat paint and windy windows. All have keenly braked ABS and power steering.

Rasputin G-Wagons are going out of production in 2023, and we think there is nothing quite like them – especially now that the Jimny can no longer be bought (in the UK at least). Viva la Niva!

******
Thank you for watching The Late Brake Show. If you haven’t already, SUBSCRIBE for a broad-church of automotive appreciation spanning EV, classic, modified and future tech.
******
Filmed & edited by: Matty Graham @
Thumbnail by:
Huge thanks to Mark Key at

Just have a look at the comments. Everybody wants one of these. This review alone is one of the best ad for this little beast.

Have a look, Renault: Johnny just sold millions worth of Nivas for you. Just export them.

i wish we had those in canada i bought one in a minute, it's just so freaking unique love it

The reason the lada niva has no competition is because it only tries to be a insane off roader, the other competition is trying to be luxurious, fast, comfortable and just has electronics that are a pain to fix and are useless in reality, even the japanese can't make a monster off roader like the russians can, you can be a professionalist for one thing and one thing only

The very first one of these had 2 handbrakes instead of diff locks. If the wheels one side were spinning, you pulled the handbrake on that side and the wheels the other side pulled you out. I used to love that. Proper Russian technology/ thinking. I wouldn't buy one though. Doesn't really do anything better than an old secondhand diesel disco.

I'm just wondering, if you pull the plugs and put it in low gear.. Is it then possible to drive it out of the water on the starter alone?

Russian made it will last forever

17k? Wow. So the price is basically doubled compared to buying it in Russia.
I guess it's even worse if you'll decide to buy some let's say American car in Russia, but still..

Is the gas tank still in the back seat? I can’t get past the Fiat connection so I’m out. Guess it’s a toy for goofing off. Hey there’s a market for everything and I do like the basic nature and fix ability in the field.

I own one of them… bought second hand, made in 2012.
She's simply perfect, rugged and basic as a 4×4 should be.
My favorite offroader straight after the Td5 Defender90.
The only problems I'm having, comes from the LPG system mounted by the previous owner… Still thinking if swapping it or removing it completely.

I used to have one of these to drive up to the New Zealand ski fields, left all the other namby pamby 4×4's stuck in the snow. Awesome

Lift the bonnet, take a look at the air intake. In the future, install a snorkel.

how would it hold up in a crash?

What a great car.

Looks so dated. I don't understand how come a nation with so many brilliant engineers, designers, tradition and resources cannot create competitive consumer goods especially cars.