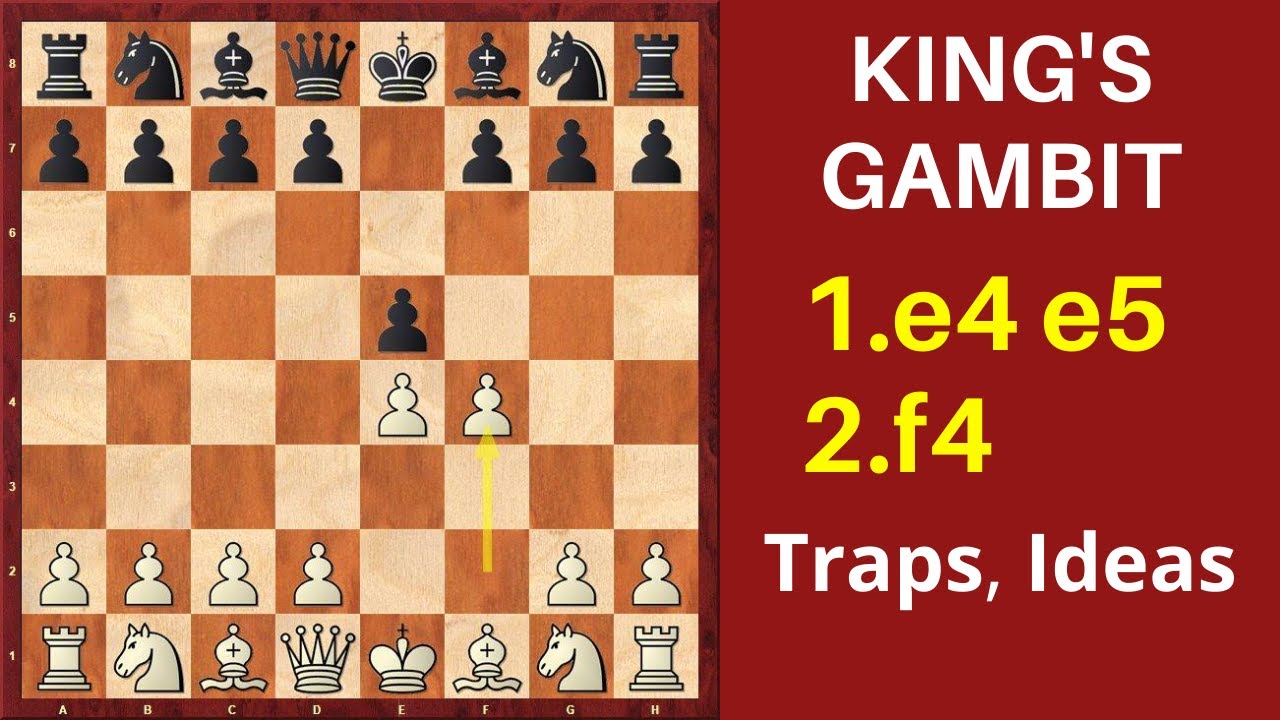 📥 Download the PGN of these games from this blog-post –

The King’s Gambit is a chess opening that arises after the following moves: 1.e4 e5 2.f4.

1) The first plan is to play d4 and Bxf4, regaining the gambit pawn with central domination.
2) The other plan is to play Nf3 and Bc4, followed by 0-0, when the semi-open f-file created after a pawn push to g3 allows White to attack the weakest point in Black’s position, the pawn on f7.

A drawback for White is that he weakens his own king’s position, exposing it for Black to deliver the annoying Qh4+ (or …Be7–h4+). With a black pawn on f4, White cannot usually respond to the check with g3, but if the king is forced to move, then it also loses the right to castle.

In this video, the RCA Academy Manager Angelos Kesaris analyses some of the interesting games from this opening. He explains how powerful this opening is for White, especially for games with shorter time-controls; i.e. blitz and rapid games.