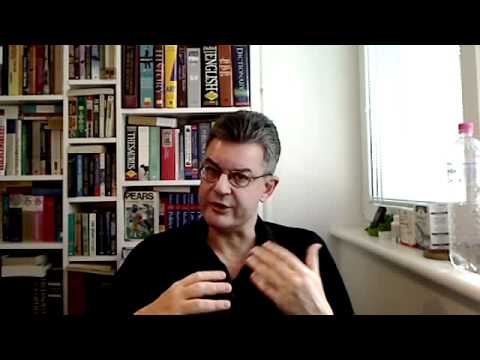 Everything You Need to Know about Narcissists, Psychopaths, and Abuse – click on this link:

Whatever happened to empathy? Where have solidarity, charity, and compassion gone?

A series of earth-shattering social, economic, and technological trends converged to render empathy a tedious nuisance best avoided. Foremost among these is the emergence of modern technology.

Technology had and has a devastating effect on the survival and functioning of core social units, such as the community/neighborhood and, most crucially, the family.

With the introduction of modern, fast transportation and telecommunications, it was no longer possible to confine the members of the family to the household, to the village, or even to the neighborhood. The industrial and, later information revolutions splintered the classical family and scattered its members as they outsourced the family’s functions (such as feeding, education, and entertainment).

This process is on-going: interactions with the outside world are being minimized. People conduct their lives more and more indoors. They communicate with others (their biological original family included) via telecommunications devices and the internet. They spend most of their time, work and create in the cyber-world. Their true (really, only) home is their website or page on the social network du jour. Their only reliably permanent address is their e-mail address. Their enduring albeit ersatz friendships are with co-chatters. They work from home, flexibly and independently of others. They customize their cultural consumption using 500 channel televisions based on video on demand technology.

Hermetic and mutually exclusive universes will be the end result of this process. People will be linked by very few common experiences within the framework of virtual communities. They will haul their world with them as they move about. The miniaturization of storage devices will permit them to carry whole libraries of data and entertainment in their suitcase or backpack or pocket. They will no longer need or resort to physical interactions.

Screens have been with us for centuries now: paintings are screens and so are windows. Yet, the very nature of screens has undergone a revolutionary transformation in the last decade or so. All the screens that preceded the PDA’s (Personal Digital Assistant) and the smartphone’s were inclusive of reality, they were AND screens: when you watched them you could not avoid (“screen out”) data emanating from your physical environment. “Screen-AND-reality” was the prevalent modus operandi.

Consider the cinema, the television, and the personal computer (PC): even when entangled in the flow of information provided by these machines, you were still fully exposed to and largely aware of your surroundings. The screens of the past were one step removed: there was always a considerable physical distance between user and device and the field of vision extended to encompass copious peripheral input.

Now consider the iPhone or the digital camera: their screens, though tiny, monopolize the field of vision and exclude the world by design. The physical distance between retina and screen has shrunk to the point of vanishing. 3-D television with its specialty eyeglasses and total immersion is merely the culmination of this trend: the utter removal of reality from the viewer’s experience. Modern screens are, therefore, OR screens: you either watch the screen OR observe reality. You cannot do both.

Modern technology allows us to reach out, but rarely to truly touch. It substitutes kaleidoscopic, brief, and shallow interactions for long, meaningful and deep relationships. Our abilities to empathize and to collaborate with each other are like muscles: they require frequent exercise. Gradually, we are being denied the opportunity to flex them and, thus, we empathize less; we collaborate more fitfully and inefficiently; we act more narcissistically and antisocially. Functioning society is rendered atomized and anomic by technology.

Empathy is at the foundation of both altruism and collaboration. Thus, while it does consume scarce resources, empathy confers important evolutionary advantages both from the individual’s point of view (cooperation) and from the species’s (altruism.)

Yet, we are witnessing a marked decline in both the ubiquity and utility of empathy. The decline in physical violence is not a good proxy to a supposed rise in empathy: aggressionand narcissism merely mutated into non-physical forms enabled by technology.

(From the book “Malignant Self-love: Narcissism Revisited” by Sam Vaknin – Click on this link to purchase the print book, or 16 e-books, or 3 DVDs with 16 hours of video lectures on narcissists, psychopaths, and abuse in relationships:

21 comments on “How Technology Killed Empathy”

Mr Vaknin your videos are very apt, concise and profound. Thank you.

I also think the unbridled telemarketing campaign over years broke down the kindness of americans and turned them into defensive angry phone-slamming people..

That may be true, but if one is less empathetic, one may find it a lot easier to cause someone else harm, be in physical or mental.

I've always felt technology to be a double-edged sword.

I'm choosing to cut down on my time spent on the internet. I've been spending more time outdoors and connecting with my neighbors. Considering deleting my FB page because so many seem to think they have life all figured out while they sit behind their computers not even living life. It is sad to say the least.

Yow ! Doc Vaknin gets hip to McCluhan and Cronenberg…that All That Is Disappears Into Thin Air guy (can't remember author's name ! [because of technology ! ]) and maybe Warhol and Ballard ? The hippies saw this coming 30 yrs ago ! Vaknin on cid would be amazing ! (maybe knot).

WELL SAID! families and friends use more and more these digital devices to avoid physical and im very close with my teen> > my daughter fifteen deleted her face book on her own and told me it is so invasive and un personal> she didnt like the way it made her feel as well as the way her friends fb non stop as if she cares to know they are eating a sandwich as if they are so important every move must be announced> endlessly to nausa> she is wonderfully empathetic and real!

Dare I say it, a virtual absence of real democracy has allowed precisely these trends to 'play out' (whether by design or not) Yes we really are being propelled along a trajectory which no one consciously chose or agreed to – it just is. Truly frightening.

>add that the reduction of empathy the author in the video talks about is precisely suited to the unbounded growth of totalitarianism.
No argument there. Governments grow too large compared to the population, then they become totalitarian, then they collapse (rinse and repeat).
Still, technology is vulnerable to hacking and even people who are hired to create the control grid can't be counted on to be truly loyal to this banker owned system. Leaks and hacks will abound.

>If however an economic collapse occurs (and I really believe it's a when, not an if)
Me too. I've been altering my lifestyle so that I'll be vastly more comfortable than most people if (or when) an economic collapse occurs. That's what my channel is all about. I paid off my debts and the mortgage, picked up a couple methods of alternate transportation for different conditions and socked away food, metals, ammo and such (just in case). It's made my life much less stressful and more wealthy.

3
And when you interact with people you might not even see them. You'll see their avatar or the person they select to represent themselves. In time it might even become bad manners to take the glasses off when you're interacting with people in public. It would be like seeing other people without clothes.
And as the virtual world replaces the real world, the real world will be neglected. Weeds will go crazy in lawns and the paint will peal off homes, and cars will become rust heaps.

2
And as you go to places of business or interact with other people, you'll see their rating of how cool or uncool the person is along with comments from people who interacted with that person in the past and those comments will be categorized by what kind of interaction the commenter had with the person. For example a person might be fine to interact with professionally but they might be terrible in personal relationships and the comments would let you know what to avoid with this person.

1
Awesome video as usual. I disagree that 3d tv is the culmination of the trend however. Give it a few years and we'll have glasses that can superimpose a virtual reality upon the physical world. If you want your house a different color, with a few gestures you can change it. Traffic signals and signs that point out dangerous situations are likely to move to the virtual world and that could make walking around without your glasses rather dangerous.

I never really paid attention to that, huh kind of mind blowing when you think about it.