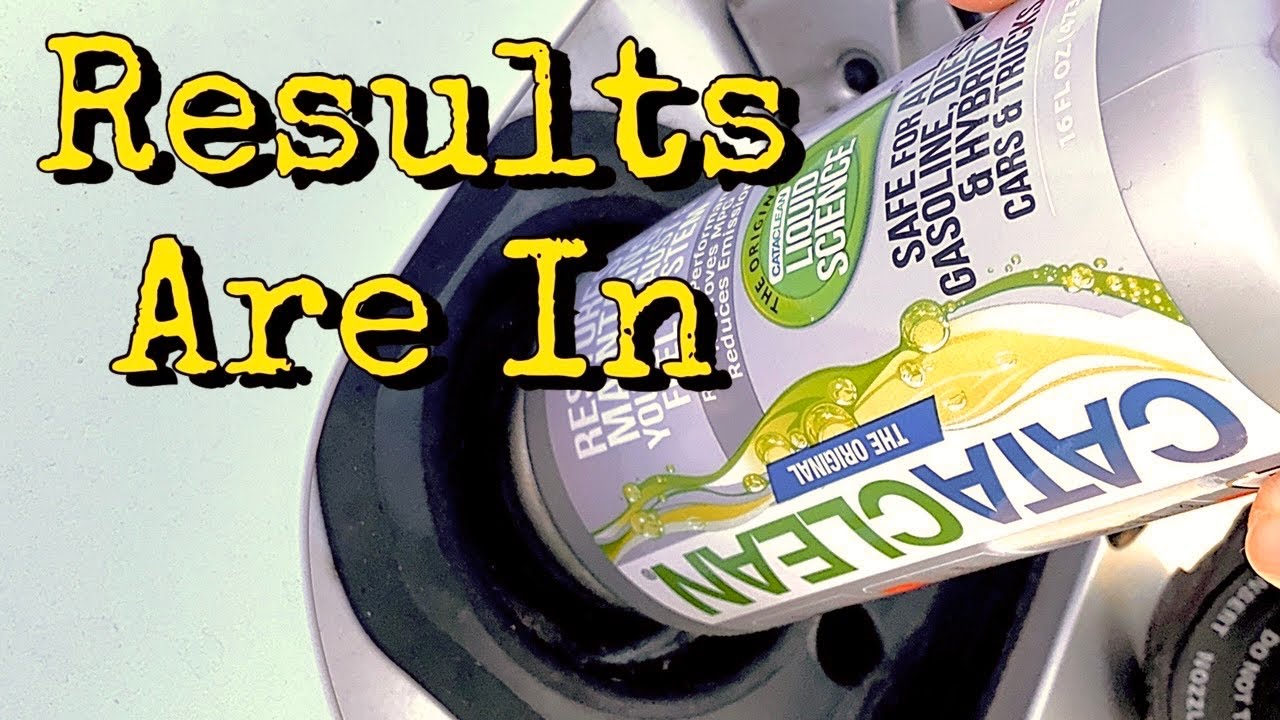 As an Amazon Associate I earn from qualifying purchases.

Cataclean is a patented EPA approved complete engine, fuel and exhaust system cleaner that reduces carbon build-up and also cleans your vehicle’s oxygen sensors, fuel injectors and cylinder heads. Cataclean does not alter fuel composition and is safe for gasoline, diesel and hybrid engines. Testing at an independent emissions testing facility showed using Cataclean can lower your total hydrocarbon emissions (Performance results are dependent on driver habits and vehicle condition.) Use Cataclean to fix drivability issues such as power reduction, hesitation and hard starts, as a pre-treatment before an emissions test or to extend the life of your vehicle. A well-running engine helps to restore and maintain catalytic converter efficiency. Use four times a year to help maintain proper engine operation.

Simply pour into your fuel tank every 3 months (or every 3000 miles) and Cataclean® will remove harmful carbon and resin deposits. With long term use Cataclean® can protect against build-up and clogging which can prevent failure of your engine and exhaust system parts.

Cataclean® can assist with your MOT inspection by bringing down emissions by up to 60% – the difference between a pass and a fail.

Cataclean® increases MPG (miles per gallon) saving you money on your fuel. Plus by using Cataclean®, there is no need to use premium fuel, more savings to you.

Do Catalytic Converter Cleaning Sprays Work?
Additive and cleaning products such as Cataclean claim to clean a vehicle’s catalytic converter, oxygen sensors, fuel injectors, and cylinder heads. Customer reviews tout different results, but we’ve yet to see substantial evidence that these sprays are anything more than marketing-heavy stop-gaps at best, snake-oil at worst.

Yes, Cataclean is EPA approved, but it’s better to find the real problems and fix them the right way.

35 comments on “Does Cataclean Work?”

Just remove the 02 sensor and spray oven cleaner into the converter and spray just a little water. Wait one hour and run the car till the steam is gone.

Just did this last week. Light went out for about 50 miles but came back on:(

I damn near freaked out when I saw the recommended gas sticker and then saw the green fuel nozzle. Green here means Diesel.

I have a Prius 08 170k miles. Got the code p0420. Went to the dealership they quoted me at $2600 for the cat converter. I looked into workarounds. I bought this product the same day and followed directions. Drove about 50 miles to get my gas tank at half. Poured the product in and drove for about 40 miles. The engine light went off. Next day drove for 80 miles straight and with no light. 😄

Keep buying this and make the company rich at your expense, it dont work and its all a con,even theses people are stooges to sell it.think about it if this shit worked no one would ever have to buy a cat again.

I use this a lot … so many people look past the cats being clogged when their car runs aweful …
Tip: take her out an old back road and open her up a good few times 1st -3/4th .. a good stomping … she’ll blow out !!

My check engine light come back in the next day 😔

This stuff turned off my check engine light..-honda crv

It took 7 hrs and 56 minutes to drive 89 miles and during that drive,,the dashboard instrument bezel changed colors at 2:55 – 2:56

It is very good best used as a preventative 2 times a year..
£13 well spent.
It won't do it instantly needs running longer and harder the better…

Which state is it, the green gas nozzle isn't diesel? And the gas cap says unleaded gaslin.

Will this take away the rattle noise my cat is making 🤦🏻‍♂️

Did you just fill your car with diesel (green pump)?

I was skeptical at first, but this stuff works for my 2001 Toyota. I filled up on quarter tank and run it till almost empty tank.

Porsche uses premium fuel. If you needed catalyst cleaner you probably need to get a carbon cleaning on your engine.

I just paid $37 for this thing

Check engine light related to the catalytic converter disappeared after adding 1can of cleaner to 20L gasoline driving normally for 100km in 3days, I was shocked, I will keep using this for a while.
BMW X3.
I was sure that it will not work, but actually, it worked.

Worked for me! Some converters are destroyed by misfires, so make sure keep track of clean air filters and spark plug replacements.

did the check light ever come back ?

Didnt work for me but i knew it was a joke on me Waste of money .Yes the sensor was changed

Nothing works no cataclean….dont waste your money replace the sensors or the catalytic and be done with that night mare

It worked for me. Just came back from the smog place and I passed. I used it and ran it for about 80 miles but light did not go off. After the 80 miles I did have to get the light off using OBD reader. Them ran the car about 150 miles see if light came back. It didn't so I took it to the smog joint today and as I said it passed. The cat guy wanted 600 dollars for a new one. I am very happy.

Nope it doesn't work I got my money back

so just over half a tank is considered a full tank?

It also worked for an 05 hyundai tuscon. Tested approved.

So cata clean do works

Dude used his scanner to delete the code. Thats why its off hahaha