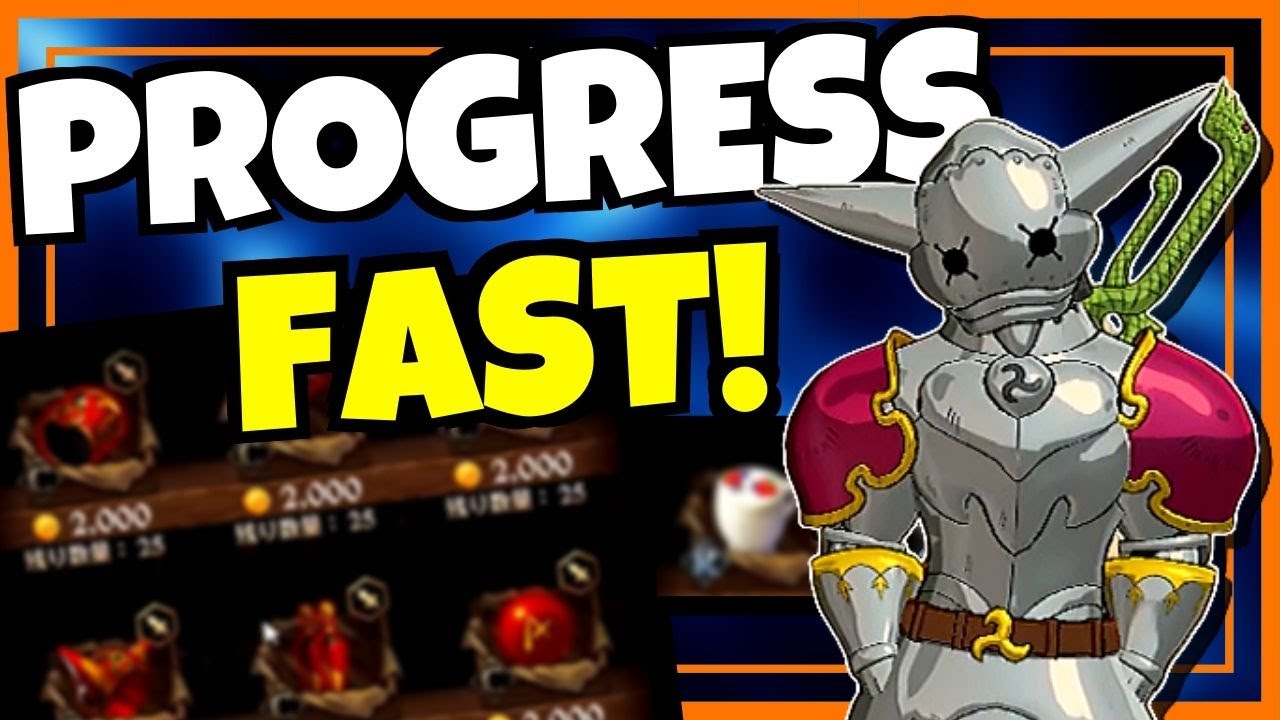 Beginners guide looking and how to progress fast in the early stages of The Seven Deadly Sins Grand Cross.

JOIN US ON DISCORD:

▶ A brand-new turn-based RPG! A novel approach to combat! A strategic combat system utilizing skill synthesis.
Skills with the same star rank upgrade to a higher rank when they’re next to each other!
Feel the thrill of battle with each turn in the dynamic combat system.
Combine cards and use them to trigger an “”Ultimate Move”” to decimate opponents!
Create your own strategy by combining the unique skills of [The Seven Deadly Sins] characters.

▶ Cooperate with friends to take down a giant demon in Death Match mode, and enjoy exciting and diverse PvP content.
Enjoy Death Match, 2-player cooperative content played in real time!
Defeat demons with a friend before time expires to defend the kingdom!
An Arena where you can compete with players all around the world awaits.
Find your own strategy to win!

▶ The original world recreated in detail – the animated story beautifully reborn!
The continent of Britannia has come to life! The Holy War that ended 3,000 years ago begins anew.
Experience high-resolution 3D animated cutscenes and prepare for the Holy War alongside the characters of [The Seven Deadly Sins].

went for green meli, still have the crystals and an SSR ticket, should i use em or wait for good banner? also SSR tickets can pull on banner units or only after they go to the main pool

are you playing the game on your phone or computer?

hi may i ask how to clear the skill lock ?

I played over 50 hours since global release. 66th reroll Green meliodas, Gowther, Slim king from 90 diamonds. Green meliodas is a luxury, everything is doable without him (he is a huge help at bosses like 10 times till the end of chapter5), but you can just borrow it as a mercenary. Howzer all the way, Gowther start is very solid and destroys AOE missions (my best combo so far is Gilthunder shock Debuff+gowther), Free starter elisabeth can do Anything, pushed through everything for me. I rerolled accs with Bahn. Green Jericho is a stronger but more glasscannonish, highest ST dmg unit atm.(Works perfectly with taunt chars)
Don't spend more than 150 diamonds, nice to get the achievements etc but eventually the new banners will have much more valuable heroes, F2P should definetly save for them. Free king is decent. You can find the japanese new banner schedule eventually, guess we kinds will have the same. JP tierlist is available, looked at it deeply, pretty decent. Another luxury: let the phone farm overnight, eventually I woke up with 150 3star books(good for exchange to another books, (+farming books are giving more gold than goldfarming lol)

https://altema.jp/nanatsunotaizai/saikyochara is this not accurate? Why you guys rolling for green meliodas looks like arthur the best now.

The Green meliodas has a One In 21 chance of dropping and took me a good 3 and a half hours. Take your time youll get it.

Very nice game. But toooo much to do… Can you confirm if it's just the early phase?

Hey, long time no see. This or Dragon Raja? Is what im debating playing mostly

Shall I spend my diamond on summoning ?

Bruh I reroled 34 times already and still haven’t got that green meliodas.

I FINALLY GOT THE GREEN MELIODAS. 46RE ROLLS

On my 25th reroll and no green Melli. My sanity is dwindling.

Why does my game crash on iPad. I’ve downloaded 1.8 ish GB and it crashes

Your a legend bro and its here finally

2h 20 and counting till launch. Looking forward to seeing what this is like. Loving your work so far!

Gonna take my lunch break when the game launches! Too keen!!!!

What Server will you be on? I am living in Switzerland. Can we be on the Same Server? I think its going live in less than 3 hours

If u reroll u still get the preregister rewards right

Comes out at 9pm for me yessir

Good to see u again, now on Seven Deadly sins, gonna be on twitch at start! glhf