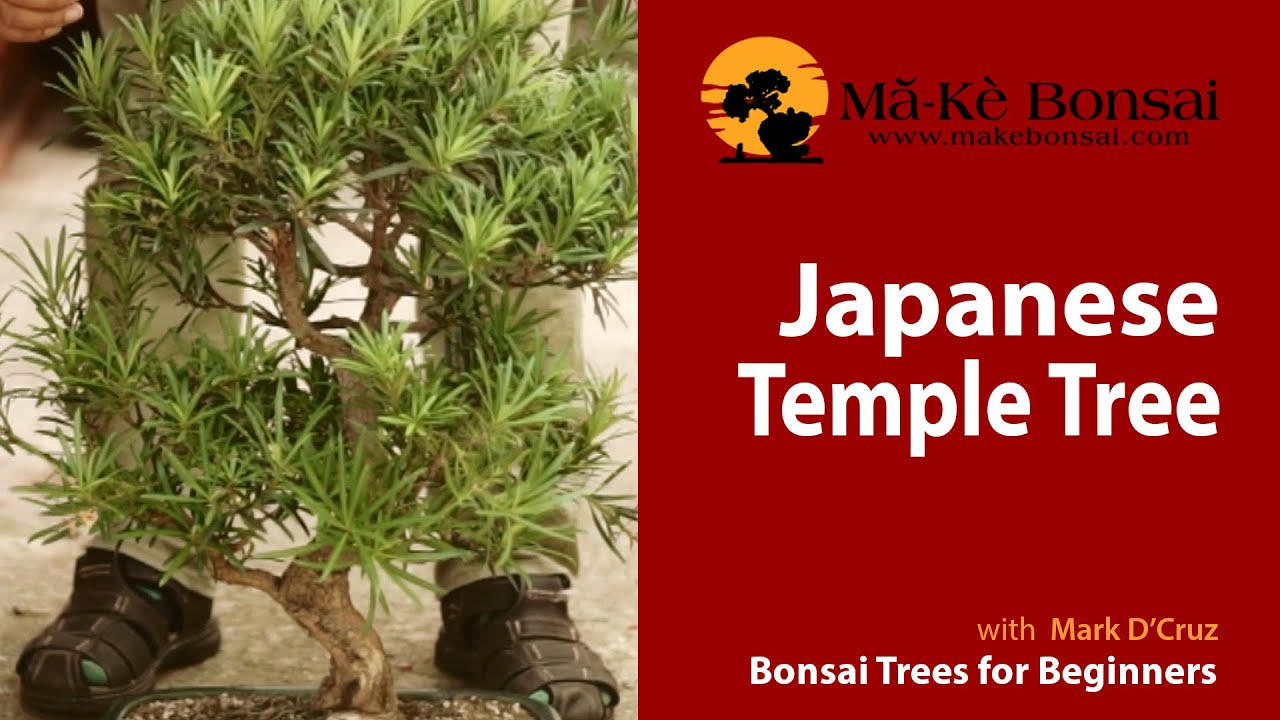 The Japanese Temple Tree or Podocarpus macrophyllus often grown in is grown in Buddhist Temples, all around Japan and Chinese and other Asian Countries. This video explain how to care for the Japanese Temple Tree.
Buddhist pine or Podocarpus Macrophyllus is also called the temple tree because in Japan and China it’s grown in in the Buddhist temples. It has long oval leaves, five to 15 centimetres long. It grows to about 25 metres tall, sometimes to about 40 metres.

It produces Yew like pom fruit. The fruit start off green turning red and then finally turn into a purple blue color.

It’s distributed throughout China and the Himalyan Asia. It’s a holy and revered tree in these areas.

It prefers to be grown indoors in a bright conservatory or a south-facing window.

Watering. They like to be moist so water regularly, even water during the Winter but
don’t let the tree water log during winter as the roots will rot.

Feeding. Let it grow out to about seven or eight nodes and prune it back to three.
Let shoots grow laterally before pruning the Podocarpus.

Repot every three to four years. Use a well-drained soil mix. One part Akadama, one part pumice and one part mulch bark is a great mix for it.

Wiring can be carried out any time of the year but should be not left on too long as it will mark the bark.